I recently had the enviable task of reading nearly every story Richard Matheson ever wrote and selecting 33 tales to be included in Penguin Classics’ The Best of Richard Matheson. This turned out to be like stepping into a time machine, transported back to the age when I started reading him. I was fourteen. The year was 1986. My introduction to his fiction, his short novel I Am Legend, was one of the first books that made me run up to my friends and tackle them so they’d all check it out, too. The Blunt Instrument on cultivating your personal style as a writer

If you haven’t read it (what the hell is wrong with you?), it manages to be a work of science fiction, a vampire story, a progenitor of the “biological plague” apocalyptic novel, and also an excellent thriller. All that in about 160 pages. I had to find out more. I dove into The Shrinking Man (the film added “Incredible”) and Hell House and wow. I wish I had a more sophisticated way to describe my reaction to the seismic effect of Richard Matheson on my young mind, but “wow” gets at the raw, awestruck nature of thing. And then I came to find out the man had written short stories. I tracked them down with gusto, with glee. And with time I began to relate to the man’s writing in a way that seemed damn near mystical.

I want to explain exactly what I mean by that.

There’s a lot I need to say about Matheson, and the importance of his fiction, the reasons why this collection is so vital and worthwhile, but I can’t get to that directly. I will go there eventually. But first I have to tell you about my Matheson moment. I don’t mean that I met the man. I mean I stepped into a story he could’ve written. I have to tell you about Cedric and his mother.

My mother made good when I turned fourteen.

At least that’s how she saw it when she moved us out of an apartment in one part of Queens and took us to a house she’d bought in another. The woman emigrated from Uganda in her twenties and now, in her forties, she’d worked like a machine to stop renting and start owning. From a two-bedroom to a two-story home, damn right my mother felt proud. Me, my sister, and my grandmother were the grateful tagalongs. From the cover of Penguin Classics’ The Best of Richard Matheson ed. Victor LaValle

We moved in over the summer and when September rolled around I started going to school. The local public school was Springfield Gardens High, and just before I arrived the place had been outfitted with the newest, latest technology: metal detectors. And with good reason. This was 1986, the Crack Era, and as old news reports will tell you some people had a propensity to shoot guns wildly in places where teens gathered. My mother took one look at the school where she was meant to send her child and she made changes posthaste. This woman was not about to have her kid ushered through those contraptions every morning before heading to homeroom. More to the point, she didn’t want to get some phone call about how I’d been caught by Stray Bullet Syndrome while standing around outside. She found a private school out on Long Island and before I could say “where the hell is Nassau County” she’d gotten me enrolled on a scholarship. My mom was no joke.

She got to work and back by taking a bus to the Long Island Rail Road and the train into Manhattan. Suffice to say there weren’t any such choices at Woodmere Academy. People either got dropped off by their parents (Mercedes, BMW, Audi) or they took a school bus. Mom enrolled me in the pickup service and every morning, around 7:45, I’d go out and stand on the corner of 229th Street and 145th Avenue and there I’d wait for one of those long yellow buses to pick me up.

I waited in front of a single-family home with yellow aluminum siding. One morning, maybe around November or December, when the chill weather set in heavy, the front window of that house slipped up and a kid my age stuck his head out the window and called to me.

I turned, baffled. He had an enormous round head and close haircut. This gave him a kind of Charlie Brown look. A brown Charlie Brown. He wore a white tank top. He was, by no definition, a skinny kid. Late to the Party

“Cheese Bus,” he said again, and I realized he’d given me a nickname. Before I could speak he reached one meaty hand out of the window and waved me away.
“Go stand down the block,” he said. “Your bus is fucking up my vibe.”
“You don’t own the sidewalk,” I said. Citing basic property law was the best I could do.
“You sound like a herb,” he said. “Cheese, are you a herb?”
“Well how come you’re not getting ready for school?” I said. What kind of kid treats cutting school like an insult? This one. And with that I cemented my herb status.
“I would try to help you,” he said. “But I can’t even guess where I’d start.”
I walked up to the chain link fencing at the edge of his parents’ property and leaned my elbows on it so that I was posed just like him.

Seriously though,” I said. “You’re skipping ?
He thought about this a little bit. He sighed and said, “I’ve got company coming over.”
“Like, you’re having a party?”
“Party for two,” he said, then he looked to his left and pointed, discreetly, with one finger.
When I looked up I saw two things: my bus — the cheese bus — chugging toward me; and a girl, fourteen, moving down the block with much more grace. This would turn out to be Lianne, Cedric’s sweetheart since seventh grade. They kissed sweetly when she reached him. He led her inside without even saying good-bye.
After that me and Cedric talked each morning. He’d lean out the window and gab with me before the bus showed up. I made nice, but not because I found him so charming. I’ll admit I had ulterior motives. New in the neighborhood and being bused to a school miles away. How was I going to meet anyone? I wanted to girlfriend, too. Couldn’t Lianne call in a friend for me? It turned out to be surprisingly easy to cut school.

Just don’t be on the corner when the bus shows up. After two minutes the driver simply drove on. Meanwhile I’d been tucked inside Cedric’s house, peeking out through the blinds like some secret agent at risk of having his cover blown. The bus left, then Cedric tapped me on the shoulder and said, “Stop hiding.” Easy to do when two young women knocked at the front door. Cedric went to let them in and I stood there in the living room feeling quite sure I’d ascended to some higher plane of existence. Or was about to. He opened the door and kissed Lianne, then stepped aside so she and her friend Tasha could slip in. The front door fed right into the living room where I stood. The living room fed right into the kitchen. Apparently there were two bedrooms elsewhere — Cedric’s and his mom’s. When I’d asked him if I could use hers — in case things went well with Tasha — he patted me on the arm and said, “Don’t get ahead of yourself.”

Anyway, I’m standing there and Tasha and Lianne are coming through the doorway and then I heard it, a sound in the kitchen. Knocking. Not all that loud, but I was close to the kitchen and getting closer. By that I mean that Tasha and Lianne were taking off their coats and I ran away. Later I told Cedric I went to “get them water,” but there’s no other way to say it: I fled.

As soon as I entered the kitchen the knocking stopped.

I figured it might be their boiler kicking in. It was winter after all. I knew I’d run away though so I came up with the water idea and went scrounging for cups. This led me on a chase through the cupboards as, in the other room, Cedric called for me. And then I reached their pantry door. This style of one-family home had a separate little pantry, about the size of a small walk-in closet. I found the door there and, still hunting for glasses, I tried the handle and found it locked. Then Cedric walked into the kitchen.

“Cheese,” he said. “You making me look bad.”
When he said it he didn’t sound playful. He’d convinced his girlfriend to bring someone with her and then his boy had gone and run into the kitchen. But I also wondered if that was really the reason he seemed unhappy with me. He peeked at the pantry door then back to me.

“Cups is over here,” he said, taking four down from a cupboard by the sink. Then he rushed me out of the kitchen.

Oh god I am so scared.

He put on a movie. I definitely don’t remember what it was. He closed the blinds so the living room went dim. Lianne leaned into him. Tasha and I hardly spoke. She was as nervous as me.
At some point Cedric went to the bathroom and left us alone in the living room. Lianne patted the cushion beside her and Tasha hopped over, the pair whispering and I sat there alone. Hadn’t even sipped my water once. And then I heard it — that knocking — coming from the kitchen again. I didn’t hesitate. Maybe I felt stupid sitting alone. I walked in there and went quiet.

The knocking, low and insistent, came from the other side of that pantry door. I checked for Cedric but he wasn’t around. I tried the door but found it locked. Meanwhile the knocking kept on, regular if weak. It damn sure wasn’t the boiler.

I whispered, “Who is it?”
When I spoke the knocking stopped. I mean instantly. What followed next was a scratching sound. Claws on the floor. I even thought I heard something panting softly.
A dog.

Cedric had a dog and he locked it up when company came over.

[quotes quotes_style=”bpull” quotes_pos=”center”]
The knocking, low and insistent, came from the other side of that pantry door. I checked for Cedric but he wasn’t around. I tried the door but found it locked.
[/quotes]

I got to my feet and laughed at myself and now thought only of how I would not fuck things up with Tasha, who — it turned out — was exactly as geeky as me. All I had to do was finally speak to her and find out. We finished the movie together in the living room, all four of us. By the time it was over even me and Tasha were kissing. At some point she mentioned a smell in the room. I almost laughed because I knew it was just the funk of four teenagers fucking around. But she persisted. It was worse than that. Could there be something going rotten in the fridge? In the walls? Maybe there was a mutt somewhere in the house, an animal that had had an accident. Obviously I’ve turned this history into a story, my homage to Richard Matheson, to my old friend Cedric, and even to his mom. While some of this tale is indeed fiction, there really was a monster living in that house. 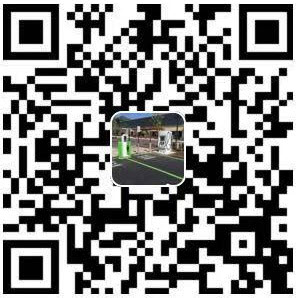 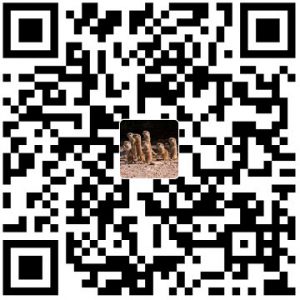